Relevant definitions in the DTSA roughly follow – with numerous modest differences – those in the Uniform Trade Secrets Act , which has been adopted, with various modifications, by almost all states. END_OF_DOCUMENT_TOKEN_TO_BE_REPLACED

Until recently, trade secrets were solely a matter of state law.  However, on May 11, 2016, President Obama signed the DTSA, the Defend Trade Secrets Act of 2016.

Because of the DTSA, trade secret misappropriation suits with an interstate component now can be filed in federal court. For more information about civil and criminal enforcement, please see Trade Secrets Receive Federal Protection. END_OF_DOCUMENT_TOKEN_TO_BE_REPLACED 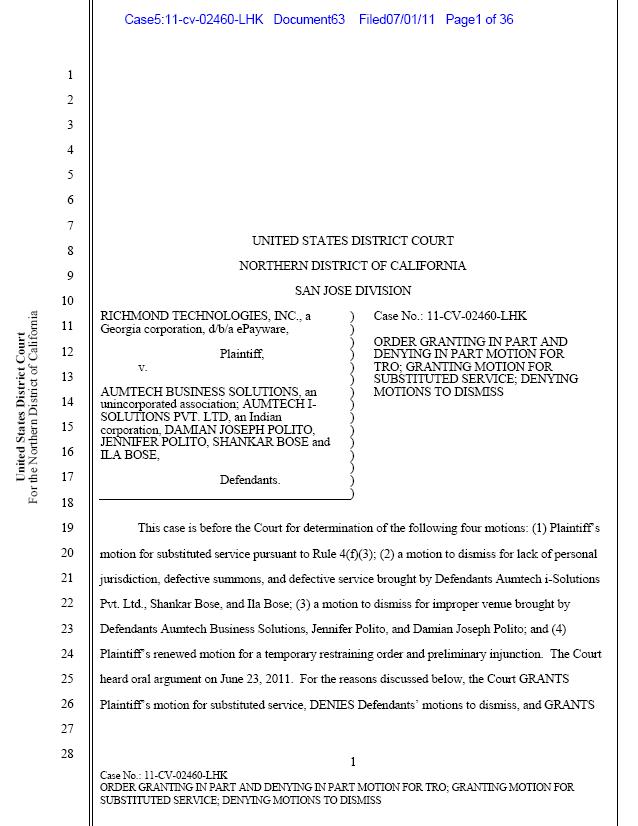 Once in a while, when I send an engagement letter, the prospective client wants to add confidentiality provisions to protect its trade secrets. The following is the explanation that I provide as to why such provisions – let alone a separate nondisclosure agreement (NDA) – are not required in an attorney’s engagement letter.

California Business and Professions Code Section 6068 specifies the fundamental obligations of an attorney. Subsection (e)(1) states that each attorney must “maintain inviolate the confidence, and at every peril to himself or herself to preserve the secrets, of his or her client.” (Emphasis added.) Attorneys in other states have similar obligations.

END_OF_DOCUMENT_TOKEN_TO_BE_REPLACED

Dur-a-Flex v. Laticrete International illustrates the value of a well-drafted nondisclosure agreement (NDA) – not to mention one that includes an attorneys’ fee provision.

Dur-a-Flex developed a trade-secret process for producing colored sand. Laticrete was a long-time Dur-a-Flex customer and the only customer for this product.

END_OF_DOCUMENT_TOKEN_TO_BE_REPLACED

Many software companies rely on a combination of copyright and trade secret protection for their products. There is a potential problem, however: The requirement to submit source code with a copyright registration is somewhat at odds with the confidentiality requirements of a trade secret.

Fortunately, the U.S Copyright Office offers some flexibility in its deposit requirements for software containing trade secrets. The applicant may deposit any of the following: END_OF_DOCUMENT_TOKEN_TO_BE_REPLACED END_OF_DOCUMENT_TOKEN_TO_BE_REPLACED

Silvaco develops and markets electronic circuit design software. Silvaco won a suit against Circuit Semantics, Inc., claiming that CSI, with the help of two former Silvaco employees, misappropriated Silvaco trade secrets, in the form of source code, by incorporating them into CSI’s software. Silvaco obtained an injunction against continued use of the technology incorporating its trade secrets.

END_OF_DOCUMENT_TOKEN_TO_BE_REPLACED

I recently met a software developer who wants to start a business. He immediately started talking to me about obtaining a patent. Condensed a bit, our conversation went roughly as follows:

Leaving aside the singular focus on VC funding – something that few entrepreneurs obtain (see Realistic Financing Options for Startup Companies) – the would-be entrepreneur was similarly myopic in focusing on a patent as the only type of intellectual property that matters.

END_OF_DOCUMENT_TOKEN_TO_BE_REPLACED

On June 18, I will make a presentation to the East Bay MashEx. The title: “The Top Ten Intellectual Property Mistakes of Small to Mid-Size Technology Companies”. (The handout is available as a Free Download on the Downloads page.)

Here are the mistakes that I will talk about:

As a lawyer, Dana dispensed as much business advice as legal advice. Accordingly, although he no longer is practicing law, Dana occasionally provides business consulting services to owners of small businesses.