This post addresses the most important issues that are raised in negotiating software licenses.

I will assume that parties have agreed on pricing. (Otherwise, there is no point negotiating license terms!) In addition, I will ignore the lengthy legal “boilerplate” that appears in most software license agreements.

In my experience, there are four issues that must be examined closely, and often result in much discussion, when negotiating software licenses. END_OF_DOCUMENT_TOKEN_TO_BE_REPLACED

Which Open Source License Should We Choose?

Software developers may have decided to provide open source software, but they may not know which open source license to use. This post describes three resources developers can consult to help make that decision.

First, Open Source Initiative maintains a comprehensive list of open source software licenses. Licenses are grouped into categories, starting with the most popular licenses. However, the OSI site does not provide any tools to help decide which open source license to use.

END_OF_DOCUMENT_TOKEN_TO_BE_REPLACED 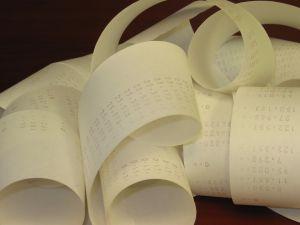 END_OF_DOCUMENT_TOKEN_TO_BE_REPLACED

I’m One of Several Inventors – Who Owns the Patent? A recently-acquired client is one of three inventors of a device that received a U.S. patent. She asked me whether she can freely license to an LLC owned by two of the inventors the right to manufacture products covered by the license. I replied “yes” – here’s why.

END_OF_DOCUMENT_TOKEN_TO_BE_REPLACED

Don’t Use Social Media if You Have Something to Hide

A client sells high-quality collectibles manufactured from authentic sports-related materials (game-used balls, uniforms, arena flooring, stadium seats, etc.). The company ensures that all materials are licensed by the applicable university or professional sports organizations so it can use the organizations’ names and trademarks in promotional activities. Some competitors do not pay for the required licenses, however – and one of these recently was caught as the result of a Groupon promotion.

END_OF_DOCUMENT_TOKEN_TO_BE_REPLACED

Does My New Employer Now Own My Software?

This post is adapted (with editing) from a Quora question that I answered. Q. I developed a software application on my own, then adapted it for my new employer, where it is used enterprise-wide. What are my ownership rights in this situation?

A. It would help to know whether you signed any type of proprietary information and inventions agreement with your employer. If you did, its terms (obviously) will be of great importance. You did not mention any such agreement, so I will assume, for the purposes of the discussion below, that there is no such agreement.

END_OF_DOCUMENT_TOKEN_TO_BE_REPLACED

What is a Sublicense Agreement?

This post is based on a LinkedIn question that I answered recently. (The Q&A no longer are available at LinkedIn, which has discontinued that feature.) Q. What is a sublicense agreement?

A. A license is an agreement by which the owner (the licensor) of something (in the case of the LinkedIn question, a trademark) grants, to someone else (the licensee), rights that are less that all of the rights to that thing. “Licensing 101“, and the download to which it refers, provide basic information about licensing. END_OF_DOCUMENT_TOKEN_TO_BE_REPLACED END_OF_DOCUMENT_TOKEN_TO_BE_REPLACED

(Section 1498(b) provides similarly with respect to copyright infringement by the United States.) END_OF_DOCUMENT_TOKEN_TO_BE_REPLACED

Negotiation: When What You Hold Can Make the Other Guy Fold

A couple of years ago I had one of my greatest thrills as an attorney.

My client owns several patents covering ways to improve the efficiency of certain types of lasers. We had succeeded in licensing a large company for one field of use. We were trying to sign up another company for a second field of use.

All business and legal issues had been resolved when, at the last minute, the licensee’s General Counsel demanded that my client convey, in addition to the patent license, certain broadly-defined rights to my client’s know-how. We refused, explaining that know-how never was part of the discussion, and if my client ever was interested in conveying know-how, it would come at a price. The parties then reached final agreement without the know-how provision.