Plagiarism and Copyright Infringement – Two Sides of the Same Coin

This post compares plagiarism and copyright infringement. It is prompted by a Quora question that I answered several months ago. (See Have your ideas or works ever been plagiarized? What happened?)

Plagiarism is the wrongful appropriate on another’s work and presenting it as one’s own. One typically thinks of plagiarism occurring in academia or journalism. However, as discussed below, it can occur in other professions, too.

The holder of the copyright in a work has certain exclusive rights with respect to that work. These include (as applicable) the rights to reproduce, distribute, publicly perform, publicly display, and make derivative works of the work. Copyright infringement is use of a work, without permission of the copyright holder, that infringes on one of those exclusive rights.

END_OF_DOCUMENT_TOKEN_TO_BE_REPLACED 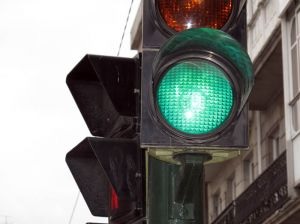 END_OF_DOCUMENT_TOKEN_TO_BE_REPLACED

Corporate Officer Can Be Personally Liable for Copyright Infringement

In Blue Nile v. Ideal Diamond Solutions, the U.S. District Court for the Western District of Washington held that co-defendant Larry Chasin, founder and an officer of defendant IDS, was personally liable for infringement of plaintiff Blue Nile’s copyrighted images, even though Chasin claimed he had no role in putting infringing images on websites and he did not know the images were infringing.

Blue Nile is an online jewelry and diamond retailer. Chasin founded and operated IDS to create websites for brick-and-mortar jewelers to help them compete online. The websites included some of Blue Nile’s copyrighted images.

END_OF_DOCUMENT_TOKEN_TO_BE_REPLACED

I recently realized that I have referred to copyright infringement in quite a few posts. However, I neglected to define that term. It is time to correct that oversight.

In an interview in today’s San Francisco Chronicle (“Rod Beckstrom, CEO of ICANN, talks about new domain names“), the CEO of the Internet Corporation for Assigned Names and Numbers stated that ICANN will create a global marks database to help protect trademark owners against cybersquatting.

What is a Derivative Work, and Why should I Care? On occasion I am asked about the extent to which a new work can incorporate elements of a pre-existing work without infringing the pre-existing work’s copyright. To answer such a question, one must understand derivative works.

A “derivative work” is a work based upon one or more preexisting works, such as a translation, musical arrangement, dramatization, fictionalization, motion picture version, sound recording, art reproduction, abridgment, condensation, or any other form in which a work may be recast, transformed, or adapted. A work consisting of editorial revisions, annotations, elaborations, or other modifications which, as a whole, represent an original work of authorship, is a “derivative work”.

END_OF_DOCUMENT_TOKEN_TO_BE_REPLACED

How Old Can a Copyrighted Work Be? Sometimes people want to know whether a work is so old that it it can be copied without any possibility of infringing anyone’s copyright. This post provides the answer (in the United States).

Before January 1, 1979 – when then-existing copyrights were automatically extended to 95 years from the end of the year in which the copyright was secured – copyrights were in effect for 28 years, with extension, if requested, for a second 28-year period (total of 56 years).

So, the earliest a work could have been copyrighted (which, at that time, required publication with a copyright notice) and still received the automatic extension was 56 years before January 1, 1979, i.e., January 1, 1923. The copyright for such a work would expire on December 31, 2018 (after 95 years).

END_OF_DOCUMENT_TOKEN_TO_BE_REPLACED

DMCA Takedown: How Soon is “Expeditiously”? A client’s former employee / co-founder departed to form a competing business. Violating the client’s copyrights, he posted dozens of the client’s images on his website and blog. I sent takedown notices to the website’s and the blog’s service providers (see “Terms of Use and the Digital Millennium Copyright Act [DMCA]”). I wondered how expeditiously the service providers would respond.

END_OF_DOCUMENT_TOKEN_TO_BE_REPLACED John Alli took a photo of the Memorial. The Postal Service paid Alli $1,500 for the right to use that photo for a 37-cent stamp commemorating the 50th anniversary of the armistice of the Korean War. Alli told the Postal Service that it would need permission from the owner of the copyright in the sculptures; the Postal Service did not seek such permission. END_OF_DOCUMENT_TOKEN_TO_BE_REPLACED A federal court of appeals held in 2008 that an open source developer case sue for copyright infringement despite the breadth of the open source license. The closely-watched case recently settled, meaning that the opinion may well be cited for many years to come.

Plaintiff Robert Jacobsen holds a copyright to certain computer programming code that he makes available for public download for free pursuant to the Artistic License, an open source license.

Defendants Matthew Katzer and Kamind Associates, Inc. develop commercial software products for the model train industry and hobbyists. Defendants copied certain materials from Jacobsen’s website and incorporated them into one of their software packages without following the terms of the Artistic License. Jacobsen sued for copyright infringement and moved for a preliminary injunction.

END_OF_DOCUMENT_TOKEN_TO_BE_REPLACED

Those of a certain age will recall watching “Rin Tin Tin” on TV as kids. The venerable canine recently was the subject of a trademark infringement suit (Rin Tin Tin, Inc., et al. v. First Look Studios, Inc., et al.). The defendants prevailed because of the trademark fair use defense.

Rin Tin Tin was a German Shepherd dog found in France during World War I. He became famous through movies and remains well-known to this day.

It appears that at least some gay marriage foes need to learn a thing or two about trademark law.

END_OF_DOCUMENT_TOKEN_TO_BE_REPLACED END_OF_DOCUMENT_TOKEN_TO_BE_REPLACED

After months of effort, you have successfully negotiated a nonexclusive license under an important patent. The license agreement allows you to make, use, sell, offer for sale, and import products that are covered by the patent. Much to your horror, your arch-competitor starts making and selling competing products that use the licensed technology, pricing its products substantially below your planned price. When you inquire, the licensor says that the competitor does not have a license. What can you do to stop this “third-party” infringement of the patent?

You examine the license agreement but see nothing about third-party infringement of the licensed technology. Can you stop your competitor from using the technology? Can you force your licensor to stop the competitor? The short answer is “no”.

END_OF_DOCUMENT_TOKEN_TO_BE_REPLACED

Copyright Registration: Whether, When and Why

In the U.S., copyright protection subsists in a work of original authorship as soon as it is fixed in a tangible medium of expression. 17 U.S.C. Section 102 There is no requirement that the work be registered with the Copyright Office or that a copyright notice be affixed. As discussed below, however, there are circumstances when copyright registration and affixing a notice are advisable.

17 U.S.C. Section 411(a) says that, generally, a copyright registration is required before the owner can bring suit for copyright infringement. Furthermore, Section 412 says that, generally, awards of statutory damages (Section 504(c)) and attorney’s fees (Section 505) are available only if the copyright has been registered within three months of publication or within one month of learning of infringement, whichever is earlier.